Home » mobile Phones » Tecno Camon CX Features; Is It Really A Beast As They Said?

Tecno Camon CX Features; Is It Really A Beast As They Said?

4:31 AM
Robinson3d
10
Tecno has tried to stay relevant in the lips of so many users,especially when it comes to the period of whose reputation should be intact in the mobile industry.From the series of Camon C9 and thus far, they seem to have done a lot of improvements for themselves though. With the introduction of the Tecno Camon CX, so many questions keep pondering my mind; and that is if the gadget will actually match the hype.

The Camon CX is not a strange name to hear anyway,especially for those Tecno addicts who have been waiting for the mobile phone to be released.I should have talked about the Tecno CX long time before now, and that would have been the period they released the updates of their soon to be released CX model. You can recall how they travel from  C7 to C8,C9 and now should i still be expecting something similar to the previous release? I may exaggerating but anyways, lets take a quick text look at what the phone looks like based on some of the handson review that has been released. 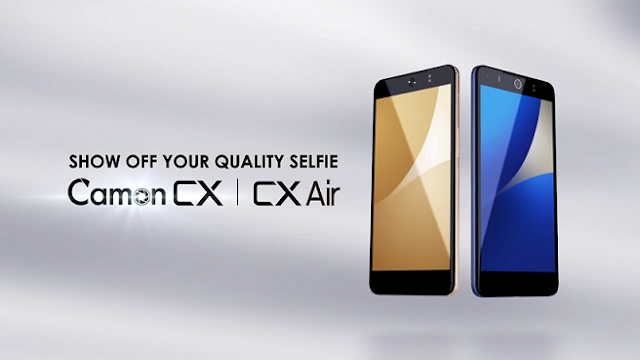 In terms of display, the mobile giants put up a 5.5-inch display with 1080 x 1920 pixels soluton. With this, it simply shows
that it has about the same screen sizes with its predecessor.

MUST READ: Samsung Galaxy 56/S7 Over Heating? Fix It Here

In Terms of Camera, the camon series may have it. CX comes with a 16MP camera on the back while its predecessor c9 comes in with a 13Mp camera. This simply shows
one improved feature that was added to the CX family.

Though i am pretty not sure of the price, but i was able to confirm that the Camon CX will sell between N70000 Naira to N120,000 in Nigeria. The brand of mobile phone will
be launched in over 22 countries accross Africa.

Are you using the Tecno Camon CX or do you want to say something about it? Let me hear what's good with it via the comment box below.
Posted by Robinson3d at 4:31 AM