11:49 AM
Robinson3d
8
It is no new news Airtel runs the 4Gig data plan for the price of One thousand Five Hundred Naira (1500). This particular plan has a two months validity. According to the network service providers, the plan works on Blackberry devices but can also work on non-Non Blackberry devices too.

After my last subscription for the Airtel 4Gig plan for one thousand five hundred got exhausted, i had to make a recharge to reactivate and re-extend my data cap since i had already exhausted my initial plan, but to no avail. I recharged up to N1,500 on my Sim card and dialed the subscription code to opt in for the 4gig plan but all efforts still proved abortive. I noticed that upon dialing of the subscription code which is *440*161#, i get error message like "Error occurred (538). Please try after some time." This was kind of strange since i had never experienced it before on the Airtel network. 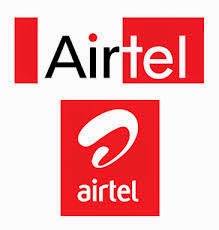 I took to my browser to search for the possible cause of the problem, but no one could fund me with any idea as to why the plan was not working on my Sim. "Maybe it might be network problem. "I said to myself." I had to check this same plan on other Sims eligible for the service and the same error kept on reoccuring.

Since i had confirmed that the fault was not from my Sim, i had to give Airtel customer care a call to enquire why there plan was giving that shitty error. I was surprise when i was told by the customer care representative that the Airtel 4gig has been discontinued and was a promo that only lasted for two months. I shook my head in disappointment and headed for the 2gig subscription for N1,500 (Dial *440*16#). I think that is the only alternative for the Airtel 4gig plan presently.

Do you have any other cheaper plan than the one i just mentioned above? let me know via the comment box below. Have you experienced same problem? tell me how you felt about it using the comment box.
Posted by Robinson3d at 11:49 AM