4:08 AM
Robinson3d
8
New rumors about the first Blackberry smartphone with OS Android with code-named Venice, indicates that the official announcement of the device will be held later this year - probably in November.

Although direct evidence for the existence of this unit from the BlackBerry, for obvious reasons, has not been received, an American blogger Evan Blass (@evleaks), famous for its authentic "leak" information has not yet announced a smartphone, says that the smartphone will be "bound" to AT&amp;T. That is, it will be sold complete with a service contract on the network of US mobile operator AT&amp;T. It is not clear exactly when AT&T plans to launch the device, but it's definitely going to happen before the end of this year. 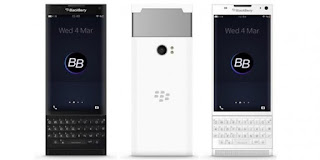 Earlier news agency Reuters has been suggested that a mysterious "blackberry" smartphone with OS Android Smartphone with hidden curved touch screen and slide-out keyboard, the prototype of which the company showcased at MWC 2015. It is believed that the basis of the premium smartphone BlackBerry Venice willserve 6-core Snapdragon platform 808, and its screen is 5.4 inches diagonal characterized resolution 2560x1440 points (Quad HD). Another interesting detail: the screen BlackBerry Venice is bent on both sides,like the Samsung Galaxy S6 edge. Among other technical specifications referred to 3GB of RAM, as well as 18-megapixel main and a 5-megapixel front camera.

It is also reported that the Venice is actually may not be the first model with Android in the range of Canadian products - this title can get a budget model, codenamed Prague, performed in the spirit of BlackBerry Z3, which will be released a little earlier - probably in August.

Not so long ago the head of John Chen said that BlackBerry may consider the release of Android-smartphone while ensuring the safety and security of mobile platforms at Google's own. Other models of BlackBerry phones you can buy much cheaper at JiJi.ng, buy from real people.

Status: Sponsored
Posted by Robinson3d at 4:08 AM