5:00 AM
Robinson3d
8
System crash, blind screen, blue screen, system not booting are inevitable factors that surrounds the PC world these days. One can hardly have a system that is problem free since we need the computer system to perform almost all our day to day activities. Inability to detect a fault or the possible cause of a fault is a very big Smackdown; probably, you might have gotten the preamble already.

I had this friend who had this same issue. He was so worked up and exhausted from the fact that the fault kept on acting intermittently,till the day came we had to battle over the issue to resolve the problem. It was such an adventurous experience and we liked every bit of the challenge encountered over the period of time.

My battle or tech fight with the system simply made me to understand newer problems in newer ways. Is been a while, and I have never experienced this issue for some time now. Are you having similar experience with your Laptop, there are some certain things that may be causing such problem. These are some of the possible causes of “No Display on Laptop Screen With Five Blinks on Caps lock,” and these could be:

Must Read: 5 Things That Slow Down The Speed Of Your Pc

Your Motherboard is more like the soul of your system. This means that any faulty tolerance exerted on it directly has a negative impact on the behaviour of your system. If you are experiencing an issue similar to the topic above, you have to suspect your motherboard. There could be a problem with the motherboard. A similarly reported problem on the HP Site simply explains the details of a problem similar to this. A preview of it was lifted and pasted below: 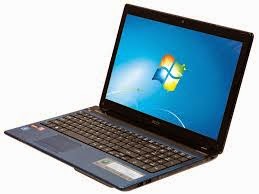 “A black screen with a green light on caplock.  My wifi light is orange. I tried to hard reset with taking battery out etc. Now the laptop isnt even coming on any more but I hear  the fan turning on. It appears we are having the same issue as thousands of people had years ago. Which is a problem with the graghics chip due to overheating issues. There was a lawsuit and a settlement a few years ago . Apparently it was decided that rather than change the connection materials they used they would just have the fan run constantly.”

Apparently, from the look of things, you can see that this system was no far from having issues from the motherboard. If you had read down the post, the customer was advised to purchase a newer motherboard from Hp. That was the only remedy to the menance. Since the motherboard was the issue here, it simply means “ a change of motherboard means a change of system.” This is not a certainty that the problem is arising from a motherboard though, but my speculations and experiences gained over the past years has made me believed in such.

Firstly, you must understand that your files or documents are the most important things. You must strive to get your document first. Try fixing your hard disk in another system similar to yours. If you are unable to get your files, it actually means that it may be more difficult than I thought. House the thoughts that if your files are lost, then it is a lesson for another day. Possibly, it is wise for you to get your files or make regular backup online or offline as this is a good contingency planning process. In case you are not able to solve this issue yourself, I would advise you refer to a more experience technician than yourself. If problem persists, a system replacement will be advisable.

Do you have anything to say concerning this baseless story of mine, then let me know via the comment box provided below. Please note that your comment will help me improve on the quality of this post.
Posted by Robinson3d at 5:00 AM